Christianity is one of the oldest religions in the world and the central tenet is the belief in Jesus as The Son of God and saviour of humanity.

Christianity teaches that there is only one God and that this God spoke the entire universe in its existence, „in the beginning” of all. He created two people on earth – Adam and Eve who were supposed to watch over the garden of Eden. They were free to do what they wanted and when they wanted and they only had one exception, do not eat from the Tree of Knowledge of Good and Evil.

As you presume, sometime later, Satan managed to tempt Eve into picking the fruit from this tree and eating it with Adam. From that point on, the two become aware and „understand good and evil“ which was evidenced by the shame of their nakedness. The result of all that was a sin, and they were expelled from the garden of Eden and suffered from the effects of death. From there a bloodline is formed and sometime later a Messiah was chosen to release mankind from the bondage of sin and death.

This messiah was Jesus, born to a virgin lady named Mary and lived a sinless life only to willingly sacrifice himself as the substitutionary atonement for the sins of mankind. Three days after his death, Jesus rises from his grave defeating death and opens heaven to those that believe in him and trust Him for the forgiveness of their sins.

As in every religion, some things happened through this period that is so important and has such a big significance that in modern life it got turned into wearable jewellery. We all know that those who preached Christianity wore crosses on their necks as a sign of Christianity, but there are also a lot of other things that are now, in our time, a fashion statement of your religious beliefs. If you are on a hunt for a piece for yourself you should check out Blink& and see if they have anything for you.

Today we will touch upon some of the symbols in Christianity turned into jewellery in modern times so stick with us.

This is probably one of the most recognizable Christian symbols worn by so many of its followers and those that believe. It has its iteration as an eight-pointed cross which is a symbol of the Orthodox Church. In the Orthodox church, this cross has a special feature which is a declined crossbar that held Jesus’ feet during the execution. This crossbar is always declined upward on the right side and according to the words of Jesus, the writers will stand on his right side while the sinners will be on his left during the final judgement. That lower crossbar is also inclined upwards which means that the path of righteousness will lead upwards to heaven while the path of the sinners goes below to hell.

The second most famous symbol that has been made into jewellery, but not worn so often or so much, is Chi Rho which is a monogram of the first two letters of the name Jesus Christ. It is made from Greek letters X (Chi) and P (Rho) aro crossed in the middle. Sometimes you will see an iteration of this symbol with additional two letters on the sides of these two – alpha (α) and omega (ω). “I am Alpha and Omega, the beginning and the end,” says the Lord in the text of the Apocalypse. This symbol along with these two letters is probably one of the most ancient ones and it was already known in the time of the Apostles.

This is a somewhat rare jewellery symbol from Christianity but we can see it sometimes, depending on the believers and their understanding of symbolism. The ship in this case represents the church and each believer. Sometimes this ship is depicted as a cross with a crescent moon at the bottom which remarkably resembles an anchor. So, if you see someone wearing a piece of jewellery that looks like an anchor maybe that individual is not just a lover of the sea, but a deep and profoundly Christian and a believer. You also need to know that the anchor, separate from the ship, is also a symbol but of support and hope. The support of the soul by faith and the hope of resurrection.

Another very ancient monogram, that can be seen in modern jewellery, with slight modifications is Ichthys. This is another monogram of the name Jesus and it stands for “Jesus Christ is the God’s Son and Savior”. You also need to know that Ichthys in ancient Greek meant fish which is why very often fish was depicted instead of letters. This exact symbol is seen everywhere in Christians and often worn as a necklace with the fish as a symbol on it or attached to it. It was also a secret identification mark among early Christians, so it holds a special place with believers.

The eye of the Lord who sees and know everything is something not many people wear so casually, but it can be seen. The reason for that is that the eye also symbolizes wisdom and hope for salvation. You will most often see it as an eye in the middle of the triangle where the three sides of the triangle represent The Father, The Son and The Holy Spirit.

As you can see religions have been a great source of all kinds of things, especially those that can be utilized as a statement among others. This is why we see so many of these symbols made into jewellery pieces and sold to believers everywhere. Some wear them because they want to express themselves, some wear them for protection, some because of a belief. The reasons for wearing these are plenty and each and one of us wears ours because of a certain reason.

No matter the reason you also need to understand the meaning behind these and know why are they made the way they are. We believe that this article today at least partially helped you learn new things about some stuff you have been wearing for a long time for or without any particular reason. 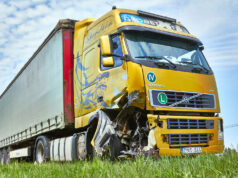 What to Consider When Choosing an Analytical Testing Company 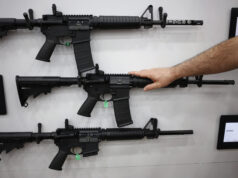 Picking The Right Stock for Your AR-15 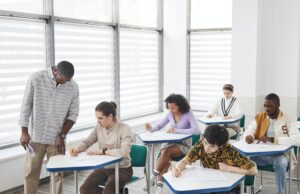 What are the Questions Asked in the PMP Exam?

What Are The Best Cost Effective Advertising Techniques for Effective Dental...

What are the Questions Asked in the PMP Exam?

What Are The Best Cost Effective Advertising Techniques for Effective Dental...