Anger is a natural human emotion. What is not natural is becoming angry to the point where you blow your lid.

Ask a person who’s angry whether they’re angry and they might say, “No, I’m not angry. I’m frustrated.” They may say they’re irritated or upset. This is different from extreme anger—fury, wrath, or rage, defined by a loss of moderating or filtering words.

What “Blind Rage” Is – The Physiological Response

Rage can sometimes be called “blind rage.” That’s because someone in an explosive fit of anger loses the capacity to see anything rationally or think straight. They also act in ways that may be uncharacteristic or abnormal.

During episodes of blind rage, the autonomic nervous system kicks in and the primal brain takes over. This physiological response acts as a survival mechanism. When triggered, it signals imminent danger that could be life-threatening.

Threats of danger activate the body’s “fight-flight-freeze” response, which causes hormonal and physiological changes. Stress hormones and adrenaline flood the body, impairing the person’s ability to have control over their thoughts and actions. Someone who is prone to a “fight” response to danger may likely react with physical aggression, violence, yelling, screaming, swearing, verbal/emotional abuse, etc.

Why Extreme Anger Issues Need to Be Addressed

For someone with an unmoderated “fight” response and extreme anger issues, any conflict can easily turn into serious work, relationship, and/or legal problems. Untreated extreme anger may cause medical conditions such as hypertension, headaches, and heart attacks. Mental health problems may also develop into anxiety, depression, disruptive mood dysregulation, or intermittent explosive disorders.

Sometimes, aggressive, angry behavior may be a sign of an existing condition like post-traumatic stress disorder (PTSD). (Learn about the treatments for PTSD at FHE Health that are helping people find relief from their symptoms and restoring brain health.)

How to Stop an Oncoming Episode of Rage

Anger issues do not have to escalate into episodes of extreme anger that can lead to personal problems or medical or mental health conditions. Here are five ways to stop yourself before you blow your lid.

Connect to mind-body-spirit: A person in an extreme state of anger may dissociate from the body as a protective mechanism. This protective mechanism is the reason why some people with extreme anger “see red” or “black out.” Connecting to the body through mind-body-spirit activities like meditation or yoga can help reduce disassociation. Through spiritual practices like prayer and surrender, feelings of loss of control and disempowerment can be given to God or a higher power for relief.

Try to become more mindful of your body’s response to conflict or threats of danger. Notice and write down sensations in the body when you’re feeling frustrated, irritated, or upset. These body signals can serve as alerts to take note of a situation before the emotion escalates to extreme anger.

Reduce or abstain from drugs and alcohol: Being high or intoxicated can impair one’s ability to think rationally or control behaviors. This may be why cases of domestic violence often involve substance abuse. When under the influence of drugs and alcohol, people are also less inhibited and more prone to extreme actions than when sober—hence bar fights.

Drug and alcohol withdrawal symptoms such as hangovers, memory loss, and confusion can make emotional situations more volatile. Moderating or abstaining from drug and alcohol use can reduce the likelihood of extreme reactions to what would normally be resolvable conflicts through open communication. In a sober state of mind, a person will be less impulsive and better equipped to weigh the consequences before acting on their emotions.

Resolve unresolved issues: Anger can become extreme if long-term psychological issues have been suppressed and not dealt with. Underneath anger may be feelings of emotional pain, hurt, or grief. There may also be deeper fears of being judged, ridiculed, or abandoned.

Some of the pain or fears come from situations in childhood where there were not stable conditions of emotional safety or security. Children with abusive parents learn to solve problems through aggression. Anger builds on anger and only gets worse. Seeing a psychotherapist or getting mental health treatment can assist with resolving these underlying issues.

Practice stress management: Taking time to learn and implement stress management reduction through all areas of life can help prevent anger from escalating to rage. Chronic insomnia or irregular sleep schedules can negatively affect mood and cause irritability and frustration. A diet high in sugar and caffeine can cause a person to become more reactive and sensitive to conflict; they may have amped-up energy and feel more of a crash with the comedown.

Excessive working leads to burnout. Small problems then grow into seemingly unmanageable situations where only aggression appears to be the answer.

Talk it out: Learn direct ways to communicate with others and share personal feelings and wishes or wants in open and honest ways. Develop a wide vocabulary for emotions, such as feeling words like “disappointed,” “jealous,” “scared,” “surprised,” etc. When a person is better able to articulate what they are feeling, they are less likely to feel unheard or misunderstood.

Using “I” statements can help a person take responsibility for their feelings, rather than placing blame and provoking arguments with statements that begin with “you.” It may also help to share with loved ones what triggers anger episodes and develop a plan to deal with these situations in safe ways, such as walking away, breathing practices, or distracting techniques.

There is nothing wrong with feeling anger. Sometimes it is a call to action when personal rights have been violated or someone is hurting someone you love. But rather than deal with conflicts with rage, use these prevention techniques to improve the matter rather than make it worse.

This article was provided by Dr. Sachi Ananda, PhD, LMHC, MCAP, who is the director of “Shatterproof,” a treatment program for first responders at the national behavioral health provider FHE Health. 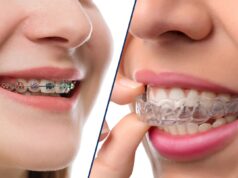 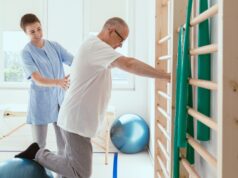