Nowadays, people who suffer from certain physical and mental conditions have started to look for other alternatives to treat their problems, since more traditional forms of treatment (such as drugs) tend to cause nasty side-effects in the long-term run, or just stop being as effective once the body gets used to it.

Among all the alternative methods of treatment you can find, there are two that have started to gain a lot of popularity over the years: medicinal cannabis and cannabidiol-based products. Although they both work similarly, and can pretty much achieve the same benefits, cannabidiol, better known as CBD, has been considered quite more reliable because of its nature.

For those who are interested in these methods of therapy and medication, this article will explain how they work, why they are gaining so much popularity, and how you can use them to obtain the best benefits.

Before we start talking about CBD as a compound, we have to first talk about medicinal cannabis. While it used to be illegal because of its psychoactive capabilities as well as its “supposed” grade of addiction, nowadays it has been legalized in many countries all around the world for medical and recreational purposes and is also considered much less addictive than alcohol and cigarettes.

Back in the day, medicinal cannabis was used in many different ways: as tinctures that could be consumed along with other beverages or infusions, combined with edibles, smoked, dried, and dusted to be combined with other components.

Regardless of the method of preparation and consumption, It was mainly used as an analgesic that was capable of reducing inflammation, alleviating pain, reducing stress, and calming down nervous or panic attacks.

Its uses have not changed along the way, and nowadays it is used for the very same purposes, only, with a little bit more creativity. A good example of this is how it is used in baking goods such as brownies as well as other sweet things like ice-creams, making it rather great.

Medicinal cannabis is capable of achieving this because of some of the compounds found in its structure, commonly referred to as cannabinoids, with the most prominent ones being CBD (cannabidiol) and THC (tetrahydrocannabinol), and we will discuss the latter a little more.

You see, it is THC the one providing the cannabis plant its psychoactive capabilities. In other words, it is because of THC, that cannabis can get people (and animals) high.

It is also because of THC and CBD that the plant can provide its health benefits, but why does it work like that?  You see, there’s a group of neurotransmitters found in our body that has been named the endocannabinoid system, and these neurotransmitters are well known for reacting to cannabinoids.

This endocannabinoid system is capable of messing with several of our body functions, including our 5 senses, the way our body reacts to pain and inflammation, our appetite, stress, anxiety, and many other things. Thanks to it, CBD and THC are capable of providing the benefits they provide.

The benefits of marijuana and CBD products are constantly rising as more and more people are using them to gain potential health benefits. In fact, over 90% of American adults want to legalize the use of marijuana, and rightly so. Check out this CFAH article for some mindblowing facts about this exceptional plant in the US.

Cannabidiol as an Alternative

The reason why cannabidiol has been portrayed by the community as a much more reliable alternative to medicinal cannabis is because of the fact that CBD-based products are commonly derived from the hemp plant, a member of the family of the cannabis plant that contains really, really low levels of THC.

THC levels are so low on this plant that it makes the compound harmless to the body, and cannabidiol itself can’t cause the same psychoactive effect, but it can provide the same health benefits.

You can, of course, learn much more about the potential benefits of cannabidiol as a compound from sites like cheefbotanicals.com but cannabidiol is mainly used to fight sleeping disorders, pain-inducing conditions, inflammatory diseases, anxiety, and stress.

Because of its THC-free properties, it is also a viable alternative for animals such as dogs and cats, which are very prompt to suffering similar conditions when they reach senior age.

Now, cannabidiol can be consumed in three main ways: edibles, oils, and tinctures. Edibles come in the form of baked goods such as cookies, cakes, and also gummies or candies. They work the same way as oils, since they have to be consumed through the mouth, and its effect might take a little to kick in.

Still, edibles need to be consumed before a certain time or they can spoil, but taste better and are much more appetizing. Oils last longer and are much easier to manage in order to find the right dosage. They tend to be cheaper as well.

Edibles and oils tend to have a much lasting effect because of the way they are ingested, but in comparison to smoking or vaping, tend to be weaker, which might not be suitable for certain conditions, especially pain-inducing conditions or inflammatory diseases.

Oils can also be used for another way of consumption: vaping. Of course, you’ll need vaping CBD oil for it to be viable. Vaping CBD has its own benefits: a much quicker, stronger effect. However, it might not be as discreet as the other alternatives, since you can’t smoke everywhere.

However, vaping CBD oil is a viable alternative for smokers who don’t want to quit smoking entirely. It’s an incredibly quick way of achieving the benefits of CBD without the awkwardness of smoking in public places and being forced to comply with the same coughing fits that you’d experience otherwise. Visit 180smoke.ca to get your vape device today.

If you want to know more detailed information about the actual you can visit comparison table of oils, edibles, and vaping to understand the timeframes of action and how long they last. 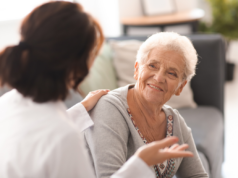 How Do I Change My Incontinence Pads? 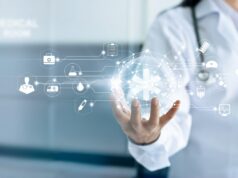 Online Pharmacy as a Part of Comfortable Healthcare 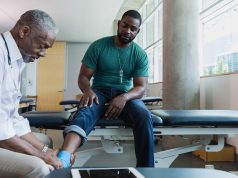