Last year, TikTok was not recognized among people all around the world, but today, even those who don’t record videos are spending hours watching exceptional content on different topics. We all thought it’s only for those who want to dance or make some challenges, but if you explore it deeper, there are plenty of interesting videos, short comedies, small business startups, ASMR, food recipes, relationship tips, creepy facts – literally everything. Also, people share the life of their pets, their struggles at work, imaginary stories, or something they experienced in the past, but couldn’t share with anyone.

As the experienced users claim, it’s easy to place their content in the FYP section (for your page), which means if their video is compatible with your interests, it will get to you at some point. But, it’s really difficult to get the followers, and some of them are using services like famousfollower.com so they can boost their account, and increase the chances to get to your FYP.

Even though there are popular accounts globally, some countries have their local stars. You probably already know about Charli D’Amelio and her sister Dixie, Addison Rae, Loren Gray, and many others who have millions of followers and gain popularity every day. They are popular everywhere, including India, but this country has its own TikTok scene and popular stars. We will list them without any particular order:

She is popular for her lip-sync videos, but also is a very beautiful talented actress. She was previously known as Angel Nishu, but right now, she is a verified profile and uses her real name. Even though she is an Indian star, her content will often reach your FYP, no matter where you are.

He is 25 years old, and a talented comedian. He is also a part of the teen group Team07, but also a dedicated fitness ideal. Even though his TikTok isn’t verified due to some controversies, his Instagram account is. He is also known about suspending his TikTok profile and getting it back without a verified badge.

She is a 19-year old actress, and many tiktokers find her beautiful and attractive. She acts and dances, and collects all the commercial Indian awards of popularity. Jannat is aware that she is popular, and she is using the moment to promote herself as a rising star on the Indian movie and theatre scene.

In most of his videos, he represents his dancing talents, and as of today, he has more than 1.1 billion likes on TikTok. Even if you are not Indian, some of his videos probably reached your FYP, without you being aware of his huge talent. He has followers from all around the world, and that makes him a global social media star.

She is a model and actress and records comedy videos, dances, lip-syncs, and already has more than 1.2 billion likes on her content. She is very active on other social media platforms too and the audience can easily recognize her style.

She is another social media star from India, and she is popular for her dancing talents and interesting videos on her profile. You can often see her making duets or adapting to the worldwide challenges and social media trends.

Almost every video she posts on TikTok is becoming a viral hit. She also recorded a few songs that have millions of views on YouTube, and people really love her a lot.

His name is Arhan, and as his username says, he is dedicated to his dancing videos. There were some rumors that he is in a relationship with Arihfa Khan, but no one is telling if it’s true or not. But, he is a name for himself, no matter if the claims about the relationship are true or not.

He is one of the most attractive pop-culture icons in India. He sings, dances, he is a talented comedian, and everyone loves him. He is also popular on YouTube too.

She is a popular TV person, talented actress, dancer, and she loves to sing too. She follows all the trends on TikTok and creates unique content her followers love.

He is another controversial TikTok star who had a verified account, but due to the content, it was taken down for some period. Now he is back without his verified badge, but the audience still loves him and his videos.

The rumors say she is in a relationship with Awez Darbar, but there is no official claim for that. Also, she is a fashionable and stylish girl, that loves to dance and post comedy videos too.

If you don’t have a TikTok account, we recommend you create one. You don’t need to post anything, but surely your likes and follows are worth it for the rising stars to become popular on the network. And surely you will find something interesting to you because there are millions of videos that are suitable to people’s preferences. And of course, follow some of these people we mentioned, so you can really have fun while scrolling through it. 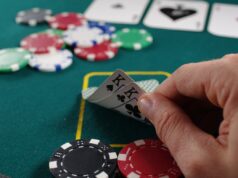 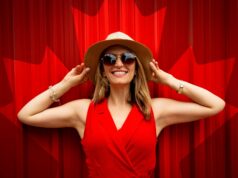 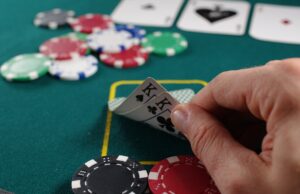 Jovan Sijan - September 24, 2021 0
One of the most clichés yet impactful sentences to influence someone excitedly is that “Confidence is the key.” The same principle is applied even...