Fashion is a phenomenon that transcends the superficial question: what are you wearing? It’s much more than pairing colors, patterns, and materials. Fashion, by definition, was a symbol of cultural status. Fashion says a lot about those who enjoy it, although it is very difficult to talk about this in modern times. Today, brands, models, and exclusive pieces of clothing or footwear are more than ever available.

The world is a global village in terms of fashion, all thanks to the mass media and primarily social networks. More than ever, we have access to clothing combinations from various bloggers who teach us every day what to do and what not to.

In just one click, we can order Chanel’s latest bag, as well as a pair of skate shoes. Everything is being done to stimulate demand. In all this fashion jungle, the traditional definitions of fashion subcultures have been lost.

The difference between high elite fashion and everyday street fashion used to be absolutely defined. Nowadays, we are sure whether someone went to the red carpet or took a walk in the nearby park. And it’s all fashion, only the boundaries have shifted. We can’t help but wonder what happened? How did street fashion get to the very top of the fashion industry?

Street fashion: how it all started

In the 1970s, elite fashion had a slightly different definition and intention. It was not available to everyone, and most of the population could only see luxury models on television during fashion shows. It has been tried and is still being tried, with imitations of the high fashion, but it certainly did not gain the significance or exclusivity that was expected.

It is during these years that skaters, surfers, and hip-hoppers enter the fashion scene completely unknowingly. They categorically rejected the rules of haute couture, like that expressing their rebellion against the cultural, social, and economic discrimination brought about by elite fashion. To make it simpler, street fashion has emerged as a counterculture to elite cultural fashion.

At that time, they could not even imagine that she would be one of the basic inspirations for the latest collections of elite fashion. Of course, the most dominant ones drank when it came to teenage clothes. Street fashion, now available to everyone, opens up demographic barriers that were very strong until then. Another huge novelty in the world of fashion is the phenomenon of men’s fashion, which was very neglected until then.

Nearby surfboard or skateboarder stores have now started printing casual bows from product-inspired apps. With comfortable and colorful surf shorts and relaxed sneakers, they soon became a hit.

Of course, at the very beginning, we were not talking about a non-mass movement. This fashion revolt was applied to certain groups of predominantly similar hobbies and interests. In the beginning, these groups were barely noticeable, but in time they gained more and more significance and symbolism.

Very quickly, street fashion spread to a large part of the population due to its casualness, comfort and rebelliousness. Innovators and managers from their creative industry soon realized its popularity.

She gained more and more important, but also attention in the media, films and among famous influencers. From rebellion to fashion standards, street fashion quickly became a standard in itself. However, she gave a completely new look at fashion in general. Upper street fashion models can be seen at gstreet.cool

With the growing popularity came certain changes in the world of street fashion. Wide and relaxed models that had the mission to be comfortable and casual when watching skates and similar activities, soon became stylized. The fashion industry realized the popularity of these models in time and focused all its attention on the consumer.

Simply put, the fashion industry “inserted” street fashion, the fashion of rebellion against fashion restrictions, into a machine called consumer society. In order for everyone to be able to buy this style, they adapted it to the needs of the majority.

However, already trained and strategically trained people from the world of creative fashion did not miss anything. They knew very well that the popularization of street fashion would not go according to plan if it was available on every corner and in every part of the city. That is why they decided on the strategy of the so-called “drops” model.

What does that actually mean? In a figurative sense: the fashion industry will not “turn off the tap” to the end and give consumers everything now and now, but will give them “drop by drop” to make these goods more valuable for consumers.

You will admit, a very smart strategy! Perhaps applied to something else would be absurd, but when it comes to consumer culture, less is always more. So: the harder the product is available, the more desirable it is. Street fashion has thus become available only to individuals, in a certain place at a certain time. Even online sales were quite limited.

Soon public figures were in love with this fashion. Coincidentally or intentionally, this fashion appears everywhere: in fashion magazines, social networks, interviews, and even at all major events among celebrities. Not even the red carpet remained immune.

You can only imagine and conclude what is happening in the minds of average consumers as they see their favorite influencers dressed in street style, and yet they do not have the opportunity or the conditions to afford it. Yes, it’s simple, that’s how the next step that the fashion industry was counting on began: the emergence of the Russell market. This is where the product is experiencing huge sales.

This is how sneakers become more precious than diamonds. Many fashion attempts and innovations were a popular one season, two at most, when they were replaced by another novelty. With street fashion, things are different. It lasted for a very long time at the very top of the fashion industry. Even if some novelty were popularized, street fashion would not lose its popularity but would go in parallel.

Street fashion has given the modern wealthy consumer exclusivity that cannot be bought with money, as was the case before. Now street fashion gives a spirit of authenticity. It is something that has been lost in standards and rules. In any case, street fashion quickly and surely grew into what she protested against at the very beginning. However, not everyone is open enough for this fashion world, which makes it even more exclusive. 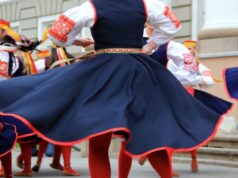 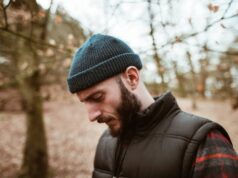 Why do People Wear Beanie Hats Above Their Ears 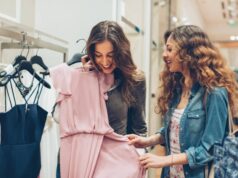 9 Tips On How Women Should Buy Attractive Dresses