The convenience of cheap, personal transportation is something that shouldn’t be understated. Instead of paying large taxi fares or waiting for a crowded bus, we can take solace in knowing our car is parked right outside and will deliver us to our wanted location in a relatively short time. Although it is a pricey convenience. This is why we usually orient ourselves towards second-hand cars, with a risk that we are being sold a damaged car.

Of course, not every accident is a brutal head-on collision but they can still leave an impact on the machine. To make sure the secondhand car will be worth the investment and fully functional consult the following categories, they will tell you what damage and indicators may persist on a formerly crashed car.

One of the most frequent and easiest to note signs of a car being damaged is its paint job having uneven paintwork. It can be as simple as having a minor color inconsistency to being a noticeably different color. These can be indicators of bigger issues with the car. The deeper fixes such as bodywork repair could have been performed, requiring a new paint job. Despite work being done on the car, the issue can remain, or the fixing job wasn’t properly done.

The best way to determine if a car has been repainted is by putting under good lighting. Taking it out on the sun is usually the best course of action as lights inside of somebody’s shop, garage, or whatever another place you are purchasing it from may be deceptive.

The chassis of the car is composed out of multiple parts we refer to as panels. Panels themselves can vary in design and size, depending on the car, but one common attribute to them is conforming to the body they are mounted on. What this means is that two neighbor panels will have minimal space between them and will flow into other parts of the car’s design.

Issues with the paneling are not rare. Any moderately serious car accident can leave lasting consequences on the car’s body and it’s even easier for that to happen to its exterior. The panels can get misaligned or completely fall off. Getting them back onto the car is no easy task even for experienced mechanics. However, recognizing they were changed is a lot easier.

If panels have larger gaps than usual and aren’t properly interacting with the rest of the design, for example, rear wing panel covering a part of backlights, the car has had work done on it. Another telltale sign of this is that the gaps between its exterior parts are large enough to put your finger into. Make sure to ask the seller what the background of these inconsistencies is.

The functionality of the car is our primary concern when purchasing a vehicle. The mechanical issues which may appear can not only impact our finances but our safety as well. If a car doesn’t operate at full capacity and has odd quirks to its handling we risk causing a car crash.

Thankfully, it is common practice to test drive the vehicle before purchasing it. While a test drive is supposed to sell you on the car’s features and let you experience what your purchase will get you it is also the optimal situation to determine functionality issues. If the car has to frequently be course-corrected to prevent it from steering off to the side, its alignment may be off.

These can be easily solvable issues, there could be a piece of junk stuck to the wheels preventing them from going completely straight, but it can be a symptom of greater issues with the machine. Worst case scenario is having a bent chassis on the vehicle, which can be impossible to fix. Do not buy a car without realignment being done, discuss the matter with the seller.

Speaking of test drives and functionality here’s another bit to keep an eye on. Or rather ear and nose on in this case. When test driving a car make sure there aren’t any unusual sounds or smells occurring. Problems these could be caused by are numerous but it is good to keep in mind a few.

If while driving a car you hear clanging, squeaking, squealing, tapping, or some other unusual sounds be wary of their implications. The cause of these sounds can be a multitude of problems. It can be anything from damaged pistons and axles to breaks weakening. Your safety may be heavily compromised if these problems are present in the car.

In terms of smells, the most obvious ones are damp smells. These are usually a sign of flood damage. Check the lights and electronics, they may be malfunctioning as consequence of water-based troubles in the past. If the car smells of gas you may happen upon far bigger issues. The smell itself usually tells us that something’s wrong with the fuel system. The fuel tank could be punctured, the fuel regulator may have problems, improper exhaust mechanism, and so on. Apart from functionality issues, the danger can also be posed to your health as a gas leak can occur.

If you happen upon a car with weird smells or sounds make sure to note it to the seller. The concern here isn’t exclusively that of functionality, make sure to reaffirm to the seller that the machine may be dangerous to drive overall.

While transportation is important it’s necessary to take precautions during the purchase of a new car. There are times where the reason a vehicle is being sold is specifically due to its problems, providing some additional funding for a new car rather than fixing a pricey issue. Sometimes, it’s minor flaws that the seller doesn’t wish to bring up due to the plausibility of it breaking the deal. Whatever the reasoning is you as the customer have to look out for any flaws that may impact the price of the machine. Apart from the aforementioned ways of detecting flaws, there can also be a possibility of doing background checks on the car itself. These services usually cover a single country and cooperate with official sources to provide the most accurate information.

For example, there’s https://www.revscheckreport.com.au/ which can help you get a report on vehicle history with just a few details, such as VIN or Rego. Find a service such as this one for guaranteed results on the vehiclećs history, or bring a gearhead with you if there are no services like this one in your country. 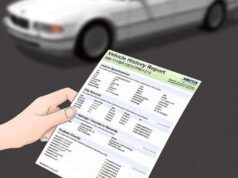 Looking for a Car Accident Lawyer – Here’s What You Should Know. 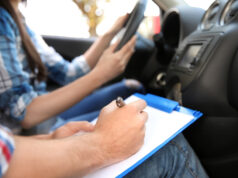 8 Tips For Passing Your Driving Test In Canada 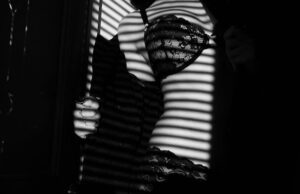 Advantages of Hiring Professional Roofers – What Can They do For...

Exercises You Can Do While Recovering From A Back Injury

5 Apps to Learn How to Play Blackjack

Say Goodbye to the Most Common Home Painting Problems

Advantages of Hiring Professional Roofers – What Can They do For...

Exercises You Can Do While Recovering From A Back Injury