The world of gaming is vibrant and dynamic. It keeps on changing with the times. Where before you had to visit an arcade to play your favorite game, now, you can launch a mission from your smartphone regardless of time and space, just as long as you have access to a high-speed internet connection. Click here for more information on that. You see, the internet has liberated the gaming community. It has created a virtual cloud that encompasses and connects all kinds of gamers around the world.

You can pair up with a teammate living on an altogether different continent, solve puzzles, advance through the obstacles, vanquish the enemy and win one round after another together. This is how the internet has proven to be a surefire blessing for hardcore gamers on a global level.

While the internet has carved out a new landscape for gamers, it has also inhibited them in a certain way. Gamers who have an internet service provider that loves to enforce data caps find it hard to compete well in the online gaming arena. They lose the challenges laid out for them due to latency and fail miserably in first-person shooter games, especially, which require precision and a higher internet response rate. If you are one of those games who are frustrated with their internet connections and undergo internet fluctuations often while gaming online, then we have good news for you. You can use a VPN proxy server to override ISP throttling. This post will show you the best way to utilize VPN for having the best gaming experience online. Stay tuned and read on.

What is a VPN?

A VPN stands for a Virtual Private Network. Just as the name suggests, it is a secure connection, which allows you to surf the web privately on a public network. Let’s take the example of a highway. You’re riding a motorcycle on the open road and visiting shops for whichever purposes. This leaves you completely exposed. Anyone who is traveling along the same highway can see what you are doing and how you are moving. It gives a chance to the bandits to target you with their malicious intent. On the other hand, if you ride through a tunnel that is made specifically for you, no one will be able to figure out how you’re journeying about and where you’re stopping. Similarly, a VPN acts like a private tunnel, hiding your online activities, as you use the information highway or the World Wide Web.

How does a VPN work?

When you connect to a VPN server, which can be located anywhere in the world, your online traffic goes through that remote server and appears to originate from there. The VPN provider masks your IP address, which is a unique number signifying your home network’s location, so it would appear that you’re browsing the web from Sweden, even though you live in downtown LA. This helps protect your privacy online. If a hacker can’t crack your IP, chances are that you won’t fall a victim to cyberattacks. A VPN gives you ultimate anonymity, while directly contributing to online security.

Is it easy to get a VPN?

The answer is yes. There are both free and paid VPN services available online. It is recommended to go for a VPN provider who has a credible reputation in the market, does not keep data logs, offers the best customer support, has a free trial, delivers a great speed performance, hands out shared IPs, maintains less-crowded servers in several locations globally, ensures the best security protocols, upholds the latest encryption standards, and supports multiple devices/downloads, etc.

What is ISP Throttling?

ISP throttling or bandwidth throttling refers to the intentional slowing down of an internet connection by an internet service provider. Many internet providers restrict bandwidth flow in response to network congestion. For instance, if too many users download too much data on the same network, it could lead to data exhaustion. In order to prevent that, ISPs throttle bandwidth from their end to regular data traffic and ensure equal bandwidth allocation amongst all the subscribers in a community. Bandwidth throttling often takes place at peak usage hours and is usually seen in internet systems that use coaxial cable. When you’re gaming at a peak traffic hour and suddenly your internet start jittering, then it may mean that your provider is capping data from the backend.

How can a VPN Help Deal with Speed Throttling while Gaming?

ISPs enforce bandwidth throttling based on the location of the host network. A VPN can hide that location and therefore, make your online gaming invisible to the eyes of the ISP. Your provider would be able to sense the connection requests and the transmission of data signals, but they won’t be able to pinpoint where it’s coming from and where it’s going.

In other words, a Virtual Private Network will anonymize your web traffic by tunneling it, leaving your ISP scratching their heads in confusion and preventing them from launching bandwidth caps on your network, thereby, giving you as much data as you need to beat the enemy, communicate with your virtual teammates, snatch the victory and get a high-score in the game.

Keep in mind that since a VPN adds a separate layer of encryption to your network, it might lead to a reduction in internet speed. As network speed and response rate is everything in gaming, so this is something you might not wish to encounter while taking up a gaming challenge. Moreover, if you connect to an overcrowded VPN server, you will experience a high ping rate, because data packets will have to travel a long router to reach the webserver from your device and vice versa. Therefore, avoid these complications by subscribing to a fast VPN provider, who tackles these problems right on.

Besides hiding your online location and saving you from the clutches of bandwidth throttling, VPNs also help you go around geo-blocks, enabling you to hop on those region-specific gaming perks. Some VPN services have dedicated mobile apps for mobile gamers, as well.

Nobody likes to have their game interrupted by bandwidth throttling. Fortunately, VPN technology overrides data caps on a network. By masking your IP and encoding your web traffic, a VPN hides you from the ISP and makes sure that the game progresses most smoothly ever! 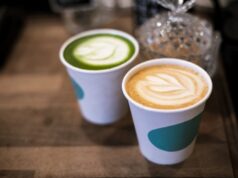 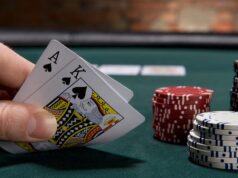