The list of finalists for the 2022 FIFA World Cup is nearly complete. However, the draw made in late November for the playoffs to decide which teams complete the European contingent has resulted in something that could change the outcome of the competition.

The teams that have already qualified are:

But two big European footballing names do not yet appear on the roster. They are Italy and Portugal.

Denmark and Germany confirmed their place in the finals with two games to spare. England followed suit when they thrashed San Marino by 10-0, with skipper Harry Kane scoring four times.

But there is huge controversy caused by the draw to decide the last three European teams to qualify for the finals in Qatar. This is how it will unfold.

Remember that Italy are the current European Nations champions, while Portugal has the indomitable Cristiano Ronaldo. There is no doubt that whoever goes through; the competition is going to be missing one of its biggest potential stars.

Qatar is making its World Cup debut on the back of the fact that they are the hosts. They will get the competition underway on the 21st of November 2022 against an as-yet-unspecified opponent. The full list of finalists is not due to be completed until the end of March 2022.

All but 3 teams have now qualified and it is highly likely that the eventual winners will be one of the following 12.

Admittedly this is going to change as either Italy or Portugal will not make it through.

It’s often the top goal scorers who make the difference. You can click here for a summary of the deadliest strikers in Europe – including the likes of Robert Lewandowski, Lionel Messi, Cristiano Ronaldo, and Harry Kane.

Lewandowski plays his club football for Bayern Munich and has just broken the Bundesliga’s top goal-scoring record by finding the back of the net 41 times. Read more here on the bundesliag.com website about how his goal streak bested the record of 40 goals scored by Der Bomber, Gerd Muller, which stood for 49 years.

But Poland too is yet to qualify. They are one of the 12 European teams yet to cement their place and with the game against Russia, and if they win, they will go on to play the winners of Sweden v the Czech Republic, making qualification quite tricky. It could well be that Lewandowski won’t make it to Qatar either.

Then there is Lionel Messi and Cristiano Ronaldo. Both are no spring chickens. Messi is 34, and after the awful saga of his move from Barca to PSG, he was right off form and not being given much playing time. But being the player he is, the seven times winner of the Ballon d’Or cannot be written off.

Speaking of the Ballon d’Or, Cristiano Ronaldo will feel out of sorts having had Messi rub his nose in the fact that the Argentinian is now two clear wins ahead of him, and at the grand old age of 36, he is not likely to ever catch up. That, together with the possibility that Portugal won’t qualify anyway, will be weighing very heavily on his mind. But you never know. It could galvanise him into a stunning couple of performances in the playoffs that sees his team through.

That leaves Harry Kane, who is still only 28. He won the Golden Boot at the 2018 FIFA World Cup Finals, helping the England team to a 4th place finish.

The English team is growing in strength and confidence. Kane has struggled to score in the EPL this season, but his goal-scoring form for England is top-notch and breaks a 94-year-old record, as you can read on the sun.co.uk website.

His perfect hat-trick against Albania saw him draw level with the late Jimmy Greaves as one of England’s top all-time scorers on 44 goals, but his four goals against little San Merino has taken his goal tally to 48, level third with Gary Lineker, although Lineker took 80 caps to get there as opposed to Kane’s 67.

He needs another 2 goals to beat Sir Bobby Charlton’s 49 and another 5 goals to top the all-time England team record currently held by Wayne Rooney with 53. But if Kane can keep his amazing goal-scoring run going, he has plenty of time to become the top England goal scorer of all time.

So, when it comes to the FIFA World Cup Finals in Qatar, Kane could be the man to make the difference, which may make England a good bet for lifting the 2022 FIFA World Cup Trophy.

But there is still a long way to go. The finals are scheduled to take place in Qatar between the 21st of November and the 18th of December 2022.

Given what is happening all over the world this winter with the COVID-19 pandemic, it’s anybody’s guess as to what will happen. We all thought that by now, it would be under control, but due to the low take-up rate of vaccinations in some countries, and the development of new strains, the Omicron variant being the latest one to create havoc – who knows? 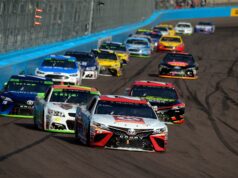 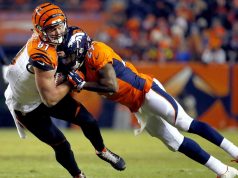 How Dangerous Is American Football? 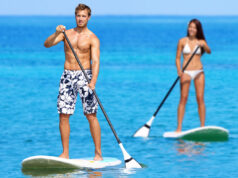