Laser marking is one of the most popular ways to mark your products when you can’t put a label on them. You must’ve heard by now about the use of lasers in different industries and how they’re used to alter a certain product. Most common methods are marking, engraving, etching and cutting. All of these, other than cutting, are pretty common, but they do alter the material, thus leaving the mark, in a different way.

Today, we’re interested in laser markings. More precisely, we’re interested in the machines that do the job and more importantly, how do they do it. In today’s article, we’re going to go over the basics of the laser marking machines, so by the time you’re done reading this, you have a solid idea of how this whole thing works. So, without further ado, let’s get started.

What Is A Laser?

It’s a well-known fact that the lasers are pretty cool, but, do you know what they actually are? To put it simply, lasers are highly concentrated and amplified beams of light. It’s not easy to create one, that’s why these machines exist. Basically, they’re created when you raise the energy of the atom itself, so high, that it starts emitting light as they ‘cool down’. Once you raise the energy high enough and you concentrate the beam – you get a powerful laser that can alter any other material and leave the mark.

What Is Laser Marking?

Laser marking, as we’ve said, is a very popular and contrary to popular belief, very safe and efficient way for us to mark various materials and surfaces. Sometimes you just can’t use the label because of various reasons, so you must alter the surface this way. It can be, but it’s rare, that this process is done simply because it looks good.

As you can tell from the name, this process is simply marking the surface of the material using the laser beam. Now, you can mark almost any material, starting from metal and ceramics all the way to wood or rubber. Also, you can leave your mark in either black or colour, but we’ll get to that later.

Many confuse this process with laser engraving, but as the name suggests – there are some key differences between the two. With engraving, you’d use a more powerful laser beam to leave a deep mark on the material, ergo, engraving. With marking, you only alter the surface of the material without ‘cutting’ into it.

When Is It Used?

Ideally, you want to use laser marking machines when you need to place a mark such as barcodes, QR codes, logos or any other identifying mark.

What Are Laser Marking Machines?

As you can probably tell from the name, these are the machines that create lasers and are used to mark various materials. There are several different kinds of these machines, all quite similar, but different based on the material they’re used for. You can find laser marking machines for wood and laser engravers for metal. According to www.hispeedlaser.com, all of them, as we said, work based on the same principle and here’s how.

How Do They Work?

What every laser marking machine has in common are these three things.

Those are the three main components of every machine and here’s how they interacting. The external pump source is the main source of energy for the lasers. The active laser medium, usually consisting of CO2, crystal body or glass fibres is located on the inside of the machine. The pump feeds energy to the active laser medium and that’s how atoms’ energy is raised to the point of emitting light. The active medium is located between two mirrors, which are what is called a resonator. As the energy is being emitted from the medium, in form of light and radiation, the resonator amplifies and concentrates it into a laser beam.

How Does A Laser Interact With The Surface?

Now that we know what goes on within the machine, let’s find out what happens on the outside.

When the beam is formed, it touches the material and leaves a permanent mark – we know that so far. What we don’t know is why that is. Depending on the type of mark it aims to leave, the laser beam will oxidize, vaporize or melt the surface of the material. Keep in mind, the laser reaches very high temperatures and contains a lot of energy, so that’s how it leaves the mark.

When we talk about markings, in particular, the process that occurs is oxidation. That means that the surface of the material is not damaged in any way. It’s simply made darker through the process of oxidation.

What Are Some Other Forms Of Laser Markings?

This process is solely reserved for metals. It’s the same as the regular marking we just mentioned. The laser heats up the material, the material oxidizes and changes colour. In most cases, the colour you end up with is black, however, that doesn’t have to be the case. You can see other colours as well, which brings us to our next method.

This method is very popular in the jewellery industry. By using heat from the lasers, the material will undergo a chemical reaction that will alter its colour. The goal here is to create something other than black. In most cases, we can expect shades of yellow, red or green.

Foaming is a ‘destructive’ way of marking the material. The heat of the laser will melt the area it touches, causing it to bubble or foam, which will then reflect the light. Unlike traditional marking, this method leaves the affected area brighter, not darker.

Engraving is another ‘destructive’ method of marking. In this case, the laser will melt and vaporize the surface of the material, leaving a deep, permanent mark on the product. You can, of course, control the depth and the severity of the depth by controlling the power of the laser.

As you can tell, there are many different ways in which you can use these machines. You can even use them to print pictures on wood if that’s what you want to do. All in all, laser marking machines are wonderful, complex devices that can be used in all kinds of various ways and are being used in many different fields and industries. 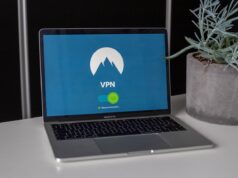 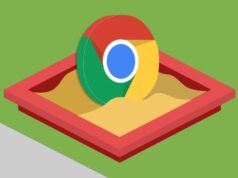 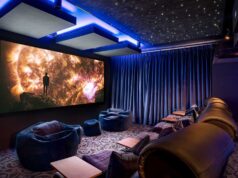 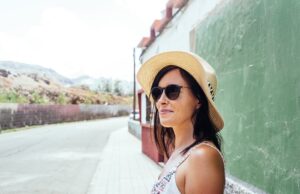 Jovan Sijan - September 22, 2021 0
If you look around you carefully, you will see that a lot of people you meet every day wear prescription glasses. However, the number...

Is Wisdom Tooth Extraction A Painful Experience: What Dentists Say