This is for World of Warcraft veterans who have been away from the game for a while and have returned after the 9.0 Shadowlands pre-patch.

The leveling experience has been completely revamped. With BfA taking us to level 120, the initial leveling path is Exile’s Reach, then BfA content, and then finally onto Shadowlands. However, as a returning player you have some more options available to you that were not previously possible until 9.0:

You can do all of the BfA story quests first and then go back and complete content from before Battle for Azeroth (Withered Army Training Scenario, Blood in the Snow/Crown of Tor'”old world” stuff). Doing this will give you access to your Kul Tiran human mount as well as show off your old mounts from Legion if you earned them by the time BfA launches. If you need a quick boost you could check out https://buy-boost.com/wow/sepulcher-of-the-first-ones-sotfo-boost

When you logged in again, one of the first things you’ll notice is that every character you had is now at a lower level than before, in some cases, by a far greater amount. Max-level characters were level 120 at the conclusion of BfA. Those characters have all been crushed down to level 50. The maximum level will rise back up to 60 when Shadowlands launches. In addition to the squeeze, there have been several other modifications made over time.

In addition, they altered the game’s Professions. To access today’s recipes, you no longer need to complete all of the previous content. You may now acquire training for any expansion by visiting your professional trainer and choosing which one you’d like to learn from. This makes the whole procedure simpler and lowers the barrier for deciding to change professions or characters. Of course, you can study the old recipes if desired, but it is not required.

When creating a new character, the game will display two rows of Horde and Alliance races, with the far left and right columns for each containing all of the baseline species that can be selected. If you have an active subscription, all of the core species from prior expansions are accessible. The two inner rows are filled with Allied Races.

These races may be unlocked by completing questlines in their associated expansions if you complete them. If you mouse over each one, a little explanation of what you need to do to unlock it appears below the image. Previously, each of these had a reputation requirement; however, that is no longer the case.

There are a lot of new features and modifications available for all of the base races. Dropdown menus are provided for every set of options, which may be viewed by scrolling down with the arrows. These dropdowns are extremely beneficial in comparing different choices against one another without having to scroll through all of the choices. On the upper right side of the customization screen, most races have a slew of new options and customizations.

Orcs can wear battle paint, and Nightelves can have leaves in their hair. It might be difficult to choose at first for anyone who is overwhelmed by the prospect of numerous alternatives. On the plus side, all of these personalization options may be modified after character creation at the barbershop. Druids can also customize how their shapes appear in the barbershop, and it won’t affect how they look as a humanoid version of their character.

You may not be familiar with our pets, mounts, toys, transmog skins, and heirlooms. The microbar is where you’ll find the collections, which may be accessed by clicking on the correct tab. Simply clicking on any unlocked heirloom allows access to it without having to pass it from character to character. There’s also a catch. In order to adjust heirlooms, the game had to be streamlined in terms of leveling and it takes considerably less time to level a character now. As a result, heirloom XP bonuses were removed and new ones were added instead. Although the purpose of heirlooms was to provide XP buffs, they are still quite useful in many ways throughout the leveling process.

Some sources of gear will be more useful than others at certain levels. Heirlooms are separated by their item level, and they’re scaled realistically to your character’s current level. This makes it easier to tell if something is an upgrade or not without having to compare each piece yourself since the stat tooltip also shows you which stats would be added from the heirloom’s item level increase. Some pieces have different bonuses that aren’t applied directly to your characters, such as giving a bonus to other party members within 10 yards or providing additional durability against areas coming under attack like cities and graveyards.

Heirlooms allow you to save money by buying cheap gear for lower levels and upgrading them later when you can afford them; however, you can’t wear heirlooms without leveling up the character to 70 (or level 65 for draenei) since they become soulbound. You also can’t use heirlooms if your account has more than one active subscription because it might be unbalancing when trying to compare them with people who only have an active subscription on one character. The best feature that was added in patch 6.0 is that these items scale to your current level, rather than having their own separate tables based on what expansion they were introduced in and what level you had when you bought them.

There are several new features that will undoubtedly change the game, but if you’re able to work around them, then they shouldn’t bother you too much. If you don’t like the changes, just stick with your old build. It’s unfortunate Blizzard has to be so heavy-handed in order to get people used to these additions; however, it is their game and they can do what they want.

They already did everything possible to make sure everyone was satisfied before Warlords of Draenor even released — sacrificing popular mechanics, removing flying until various quests were fixed, scaling back item levels, and cutting activities backlogged from previous expansions (such as heroic modes for 5-mans). Why Are Game Streams So Popular Among Millennials? 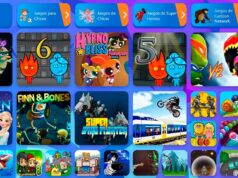