We all hear that dogs originate from wolves, which makes sense when looking at bigger dog breeds like huskies or German shepherds. But when you think about breeds like chihuahuas and toy poodles, it can be confusing as they are much smaller than wolves and look different from them.

Where Do Small Dogs Originate?

This leads many people to question where they originated from, and there is no one answer, as all small breeds were created differently. Also, the change from big to small happened over many years as the dogs got gradually smaller. There wasn’t one singular dog that was born a lot smaller than the others.

As we know, dogs are very adaptable, and this is how humans have played a part in creating small puppies. Some were intentional, and others were not. Some people were breeders, and they were the ones who would try to find ways to help make the dogs smaller while still keeping their dogs healthy. Then, the people who treated their dogs like lap dogs were unknowingly helping them adapt to being smaller. Dogs will always adapt to their environment, which is why they were much bigger when they were wolves and had to fend for themselves. Nowadays, they no longer have to be big to survive and scare off predators; they are treated like lap dogs and given all the food and protection they need.

Most Popular Small Breeds and Their Origin

As mentioned before, every small breed has its origin story, so here are some of the most popular small dog breeds and where they originated.

Like any breed, toy poodles were created over a long period. It started as the standard size, down to medium, then mini, and around the 1900s, the toy poodle was created. Creating the smaller versions of the poodle was no accident. Breeders would take the smaller poodles from different litters and breed them together, and so on, which is why it takes so long to get smaller puppies.

Toy poodles are also where many small hybrid breeds come from, like Maltipoos, Cavapoos, cockapoos, Chipoo, Yorkiepoo, and the list goes on! Maltipoo price is $600 – $4,000, but Cavapoo price cost between $1,000 and $3,000 so it is going to depend on what type of dog that you would like.

During the Victorian era, they became even more popular among the upper classes. They were often used as fashion accessories and were carried around in small purses. This trend led to the development of even smaller breeds, such as the Yorkshire Terrier and the Pomeranian.

In recent years, there has been a growing awareness of the need to breed dogs responsibly and ethically. Many breeders and pet organizations are now promoting the adoption of rescue dogs, rather than buying from breeders. Additionally, many small breed dog breeds are now being bred with health and temperament in mind to ensure they are suitable pets for families.

Surprisingly, Pomeranians used to be very big dogs; they were used as sled dogs. As crazy as it sounds, it’s true, and their name also used to be Wolfspitz, referring to their small wolf-like ears. They became incredibly popular in a few areas; they originated in Northern Germany and Poland and then spread to England, France, and nearby countries. This is also when they caught the attention of the Queen and became known as a royalty.

Pugs were originally bred in China. They were also a royal breed and something common among the wealthy. The Chinese breed the pugs to have wrinkles on their face on purpose; it is supposed to look like the Chinese character, which means prince.

Chihuahuas originated in Mexico and became popular in the US around the 1800s. They were very common in Mexico, and most homes had one, and once they came to the US, they were loved by a lot of famous people and became one of the designer breeds, which is why you will see the “rich people” in a lot of older movies have a Chihuahua in their bag.

Like I mentioned before, every small dog breed comes from a different background, and no two dogs are the same. However, the biggest similarity between the transitions from big to small is how the smaller breeds came to be by breeding the smallest versions of each other.

The origins of them can be traced back to ancient civilizations, where they were bred for specific purposes such as hunting small game, herding livestock, and even as companions. It is believed that early humans selected for dogs that were smaller in size and had certain desired traits, such as a friendly disposition or a keen sense of smell.

One of the earliest examples of them is the Pekingese, a toy pet that originated in China over 2,000 years ago. These pets were considered sacred and were kept by Chinese emperors and members of the imperial court. They were also used as guards and companions.

In conclusion, small breeds have a rich history that spans thousands of years, and they have been developed for a variety of purposes. From ancient hunting and herding dogs to modern-day companions, these pint-sized pooches have captured the hearts of people all over the world. With continued responsible breeding, small breed dogs will continue to be loved and cherished by pet owners for many years to come. 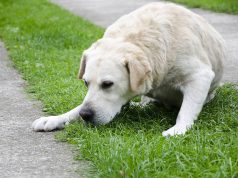 Why is Your Dog Throwing Up and What to Do About It? 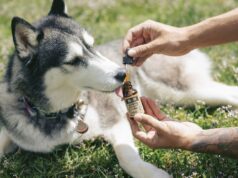 Can I Give CBD to My Pet?