If you were to check the most popular internet searches about celebrities, we’re certain you’d find a lot of results regarding celebrity morning routines, diet, or training regime. We see these people in great shape and what seems to be great health and we want to know how we can achieve that.

Who Is Joe Rogan?

Joe Rogan is not someone you can easily put in a box. He’s a man of many talents – king of podcasts, a stand-up comedian, a UFC commentator, TV host, a black-belt martial artist and on top of all that, an amazing, inspiring person.

At the age of 54, Joe looks and feels better than most 25-year-olds do, at least physique-wise. He’s in top-notch shape, he’s healthy and he’s never shy about it. He has invested years of his life into training and eating healthy, because he considers his body a temple and works hard and keeping it in the best shape possible, for as long as possible.

You could argue that Joe is somewhat of a health nut, but actually, he’s just a well-informed, responsible human being who understands that taking care of your body is essential. You only have one body, so why ruin it?

His philosophy regarding fitness and diet is refreshingly simple compared to some of the others nowadays. What he does, everyone can. There are no outlandish, crazy schedules or way-too-strict diets. Joe has experienced with diet and fitness his whole life and as he says, he still does, but in general, he has found a plan that works well for him and as you’re about to see in just a few moments – what he does is rather simple.

Let’s start with his diet first. As you’re about to see, some of the things Joe does can be labelled controversial, or can at least spark up some debates, but, that’s just who he is.

First of all, we have to understand how Joe thinks about this stuff. For him, food is just a fuel we use to power our bodies. However, he’s aware of the impact of unhealthy, processed foods, so he keeps his plate quite simple, but more importantly healthy.

Joe is someone who is not universally loved by vegans. Why? Well, Joe’s a hunter and a meat lover. However, when we say hunter, we don’t mean he goes out poaching rhinos and elephants, no. Joe hunts for food. He’s been very open about it and has also been very vocal about hunting for sports and trophies and how he sees that as morally wrong.

If you’ve ever listened to his podcast or have stumbled upon his Instagram page – you can see or hear that he loves himself some elk steak. Aside from elk, he eats other meat, as well, but all of it has to come from hunting.

Now, many would classify his diet as ketogenic, however, that’s not entirely true. Although his diet is very rich in protein and healthy fats and he doesn’t consume a lot of carbs – he does eat some of them. Carbs are our primary source of energy and for someone as active as Joe, they’re somewhat of a necessity. Also, he fasts from time to time, but not regularly. Now, if you want to know more about keto or intermittent fasting – you can read more here.

If you want to know exactly what Joe eats on the regular – here you go.

Those were some of his favourite foods, but naturally, that’s not everything he eats, as you might’ve assumed. In addition to a healthy, balanced diet, Joe loves his supplements. Here are a few of them:

One look at Joe and you can see that he packs some serious muscle despite pushing well-over 50. That comes from his dedication to working out and martial arts. On more than one occasion, Rogan’s stated that he likes to plan out his workouts a week before. In most cases, his workout regime for a week consists of:

Looking at that list, one might wonder, how is that even possible? Well, Rogan is a firm believer in not burning out during training. As he admitted himself, he was a one-more-rep guy for quite a while and that brought him injuries, so he switched his approach over the years. He had talked about his training regime extensively on his podcast, on more than one occasion, but to fully understand his approach, we’d recommend you listen to his podcast with Firas Zahabi or Pavel Tsatsouline.

If we had to sum it up in a few words it would be – you should never feel sore after a workout. It’s all about continuity and functional strength. For instance, when describing why this approach works, Joe often uses the term ‘farmer’s strength’. What that means is that farmers are usually very strong and lean although they’ve never hit the gym and went all out on their work out.

The general idea is that constantly exposing your body and muscles to stress as farmers do by constantly doing physical labour, you achieve the same, if not better results compared to the traditional approach. Naturally, we’re not talking about bodybuilding here – we’re talking about being healthy, lean, strong and fast. Rogan’s strength workouts, nowadays, are mostly composed of kettlebells, battle ropes, maces and the rest of the ‘functional strength’ exercises.

Also, we’ve mentioned yoga and martial arts, which are a big part of Rogan’s fitness philosophy. He’s been doing martial arts for basically his whole life. He’s an awarded Taekwondo fighter, a black-belt in Brazilian Jiu-Jitsu, a pretty good kickboxer and Muay Thai enthusiast. All of this should come as no surprise given his love for UFC and martial arts in general.

As you can see, Joe Rogan loves and does a little bit of everything to stay healthy and in shape. Now, you may not have a bow and arrow to go elk hunting, but you can still rather easily assume his diet and workout plan and see how it works out for you. 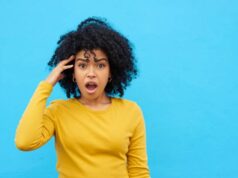 13 Celebs Whose Real Names Will Shock You