The simple word “cryptocurrency” carries in itself, in the mind of the public, the idea of   something impure, the prefix “crypto”, coming from ancient Greek, giving the feeling that something is hidden thing.

Even if we know that in this specific case, it means that crypto-currencies are built on the basis of encrypted, even encrypted data. But just as a cryptogram is an enigma based on an encrypted message, cyber-currencies remain an enigma in public opinion outside informed circles. So is this a new reality of the economy or a new style of scams of all kinds?

Crypto-currencies are based on a “Blockchain“, which is a technology for storing and transmitting information without a control body, a gigantic database. The information it contains is submitted by users, linked together, verified and grouped into blocks.

By integrating into the chain, each new block validates and authenticates the previous one, which makes any subsequent modification impossible. And it is the entire chain, through its internal links, which is secured by cryptographic tools. In accounting, we could say that it is a Ledger, shared and secure, which traces all the information (or transactions) carried out by and between users, and which are linked together, which makes them ” safe” and guarantees its integrity.

It is a decentralized system, since there is no central authority or trusted third party. But it can be a good investment. Read more!

A crypto-currency is a peer-to-peer digital currency (digital asset), without the need for a central bank, usable through a decentralized computer network. It uses cryptographic technologies and associates each user with the processes of issuing and settling transactions.

Today, the institutions (including the State which holds the monopoly of the right to “coin” money) refuse to speak of “crypto-currency”, considering that it is not a question of currencies, these being the responsibility of central banks.

In their view, the term “crypto-asset” should be used to mean that these are only “virtual assets stored on an electronic medium allowing a community of users accepting them in payment to carry out transactions without having to to resort to legal tender”. Since 2019, the legal and tax term enshrined in the law is that of digital asset.

Purposes and benefits of cryptocurrencies

Since the beginning of the 2000s, crypto-currencies have met with real success, especially with the younger generations. Some see it as material for speculation, others hope to find a way to advance the economic world. Avoiding intermediaries and securing exchanges and personal data are the main advantages that can be gained from setting up cryptocurrencies.

Above all, they bring great freedom, users trading with each other without financial intermediaries dictating rules. They allow us to overcome the constraints imposed on us by the banks. A crypto-currency like “Bitcoin” is managed on a computer network linking thousands of computers spread over the globe and open to everyone.

Crypto-currencies will be relatively difficult to set up, in particular due to the absence of any regulation (since it is intrinsic to the Blockchain) which confuses and worries potential users, institutions, traders and citizens who see it there. a real absence of guarantee. And such a lack of guarantee, combined with the fear, founded or not, of fraud, prevents the system from developing. Especially since many see it as a fad, as we have often seen in recent decades, with the feeling that this “bubble” is in danger of bursting.

The meteoric increase in the value of Bitcoin in recent years does not tend to reassure those who would be tempted to subscribe to it. This explains why, despite the benefits they could provide, cryptocurrencies are not yet used in everyday life. And we must of course note, on the one hand, the influence, in this field, of conspiracy theories and, on the other hand, the poor quality of information, even their partial interpretations, disseminated by the media.

If crypto-currencies are not yet considered as a tool of the future for the development of the world economy, they are, on the contrary, seen as a new webized strategy game whose essential goal would be speculation.

Still, certain signals should alert us

First of all, regarding the incredible speculation that is developing around Bitcoin (the reference crypto-currency, if any), who still remembers that the very first transaction in the world was made in 2010 when that two pizzas were sold for the sum of 10,000 Bitcoins?

If the restaurant owner or the customer had had the good idea to keep these Bitcoins, he would today be at the head of a staggering fortune of almost 600 million dollars. 600 million dollars is precisely more or less the sum that a hacker recently managed to temporarily divert with one click by hacking a crypto-currency exchange platform. To secure your assets, it is therefore better to have a good old bank….

As for the ecological impact of crypto-currency mining, it now represents an electricity consumption equivalent to that of entire countries. In Iran or China, mining farms have created electricity shortages and blackouts among the population, while in the United States where they are now settling en masse, since their recent banishment from China, they heat up entire lakes whose water they use to cool their servers, and kill the ecosystem.

Finally, it should be noted that 0.1% of Bitcoin miners, i.e. only 50 companies, control 50% of global production. Such a concentration, much higher than that of traditional finance, is such that a small group of miners can take control of the majority of the network, and therefore influence prices as it sees fit.

The risks of scams

The promise of quick and significant gains seduces many people. Speed ​​and size of gains are the warning signs of scams, essentially scams. And the courts no longer count cases of this kind, because more and more malicious people have set up cryptocurrency scams (especially Bitcoin) in order to defraud individuals and naive or reckless investors.

It is worth remembering that fraud is punishable by 5 years’ imprisonment and a fine of €375,000. These cryptocurrency scams start with offers of online payments with cryptocurrency. They are also found in the context of canvassing actions (via advertisements posted on the Web and which promise huge gains), recourse, seemingly free, to investment platforms or sports betting via cryptocurrency.

Many finance institutions pay close attention to the platforms that are created on the market. It also keeps blacklists of sites to be wary of. It also publishes risk warnings and advice on what to do before investing or in the event of suspicion.

Certain signs should alert the user who is looking to invest in “cryptocurrencies”. It is not always very easy to distinguish fraudulent platforms from risk-free ones. Nevertheless, certain signs should alert: absence of legal notices on the site, the use of “bogus” addresses which are only post office boxes, details of banks that are difficult to identify.

In 2020, the price of Bitcoin more than doubled during the year, and it is very popular with younger generations of savers. In 2021, there were more than 10,000 crypto-currencies, which would represent more than 3,000 billion euros.

Some cryptocurrencies are deemed to be stablecoins whose purpose is to replicate the value of an asset, dollar, gold or euro, without being subject to market volatility. 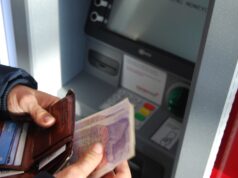 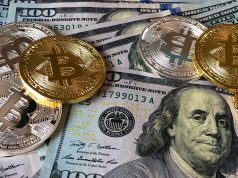 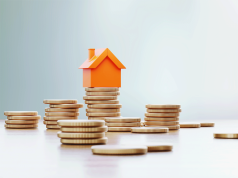