Gaming, whether on digital or physical systems, has always involved a type of balancing act. Simple ideas can be effective, but only in rare cases do they hold player attention for long stretches. The solution to this problem has long been sought in expanding gameplay, in complicating components in an attempt to make titles more engaging, This can generate some problems, however, if left unchecked.

In no medium is the gameplay evolution issue more pronounced than it is in the digital interactive entertainment space with video games. There’s a give and take here that major developers and publishers fight with each new generation, often to their detriment. So what causes this issue, and how does it compare to standout examples of success with other types of games that travel in the other direction?

For a long time, many players and developers saw the complexity of video games as something on a consistent upward trajectory. This was owed to rapidly advancing technology, where each new generation would raise the bar of gameplay and visual potential. Players would be fascinated by new systems and better looks, and these aspects alone would help the industry to ship units.

When the NES launched in Japan in 1983, this was demonstrated by games like Super Mario Bros, a smooth-scrolling platformer that revolutionized the genre. Credited as playing an important role in relegitimizing video games following the 1983 video game crash, SMB blended looks and complexity into a fantastically coherent whole.

Other examples would come about in every subsequent generation like 1997’s GoldenEye for the N64. This system proved the effectiveness of at-home first-person shooter multiplayer and in a manner far easier to manage than what existed in the PC space. Ironically, the multiplayer aspect in GoldenEye was almost an afterthought, going on to become one of the most influential gaming developments of all time.

Following in GoldenEye’s footsteps was Xbox’s Halo in 2001. This game brought online multiplayer to the masses, again using consoles to affect a much simpler form of mainstream engagement than what PCs could. With around 40 people working on Halo: Combat Evolved, it also demonstrated a time of change. At this point, even small teams could hope to leverage the most of what a system could produce, but this would not last forever.

As consoles and PCs grew more powerful around the new millennium, the limits on games became less about processing performance and more about developer imagination. From what was a sandbox, the industry could now play in an entire desert, but it had worked itself into a corner. For decades, they had been pushing new eye-popping visuals and more complicated gameplay as the most important aspects.

For reference in the PC space, all 30 of Valve’s staff worked on the 1998 release of the original Half-Life. A ground-breaking title in many respects, Half-Life was genre-defining. Its sequel, Half-Life 2, would be released in 2004, with a team of 82 working to bring its creative vision to life. Should Half-Life 3 ever appear, there’s no question its staff will be much larger than those of the two previous games put together.

Eventually, evolving gameplay and graphics became so expensive to produce that they would hurt development, leading to long periods of crunch as reported by Forbes on titles like Cyberpunk 2077. As one of PC’s most anticipated games ever, no expense was spared on Cyberpunk, with a team of around 500 people working on the project. Released after almost a decade after conception, Cyberpunk’s promise proved too much to handle, resulting in a final release many felt underwhelming.

Cyberpunk, like other games increasingly continued to do, had fallen into the trap of thinking bigger was always better and necessary. Yet, as indies and other entertainment industries showed, this didn’t and doesn’t need to be the way.

To start in the gaming space, the best examples of simplicity leading to great success could be found in the indie scene. Here, titles like Valheim and Among Us are notoriously streamlined, being developed by only small teams. Neither their graphics nor their gameplay are especially complex, yet they’re some of the biggest hits in the last few years, selling 10 million and 3.2 million copies respectively.

The same could be said with the international phenomenon known as Minecraft. Originally released in 2011, Minecraft is basic in its default release state. Yet, despite simple systems and graphics that are generally considered outright ugly, the title has already sold over 238 million copies, becoming one of the best-selling games and biggest franchises of all time.

Outside of video games, a longer-lasting demonstration of a simple yet timeless design could be found in slot games like the titles as VegasSlotsOnline. Here, games like 50 Lions and Rainbow Riches are slightly more complex than their older physical counterparts, but their base systems still revolve around the same central concepts. Online slots are still built around spinning, matching, and collecting bonuses, and thanks to the timeless appeal of potential rewards, they’ve never needed to push the envelope too far.

In more traditional gaming, more famous examples could be found in classic titles like chess. While an incredibly complicated game at the highest level, chess is still a 2D game that has found success in maintaining its gameplay systems. While attempts to evolve the formula with 3D have been tried as early as 1851 according to Nerdist, this was another case of taking the idea too far. The same could be said for takes on many board games like checkers, a far simpler take on a chess-like concept.

Now fully in the embrace of the new generation of gaming consoles, AAA game rollout has been slower than in any generation in the last 20 years. Overcomplication has left big titles coming out at a trickle, where indies, remakes, and re-releases continue to draw in huge numbers. Ultimately, all these concepts illustrate the idea that a lot of the time, the gaming industry bites off more than it can chew. Rather than building up, it might be a better idea to set sights here on earth, to understand that a solid foundation is by far the most important part. As for whether an industry so hesitant to change will ever internalize that idea, we aren’t yet holding our collective breath. 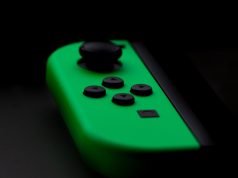 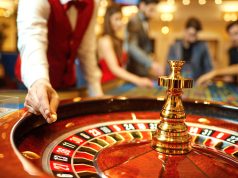 Let Us Play Safe and Fast 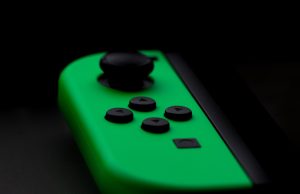